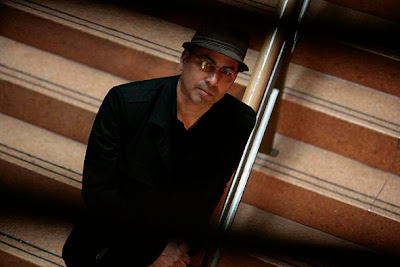 Argentinean documentary filmmaker Andrés di Tella is in Lima this week for a retrospective of his work and to sit on the jury of the official documentary selection. We talked to him about his style and philosophy of filmmaking.

In your recent films, Fotografias and La television y yo, there is an interesting mix of the autobiographical and historical. How did you arrive at this style of filmmaking?
In my earlier films, my personal subjectivity was transferred onto the characters in the film. For instance, my first feature documentary, Montoneros, una historia, is the story of a woman who becomes involved in a guerrilla movement in ‘70s Argentina. I could have chosen any number of people but I chose this woman - and I only realised this afterwards - because I saw something of her in myself.

In La television y yo, this becomes explicit in the way you compare the Yankelevich family with your own.
That film began with the story of Jaime Yankelevich, who introduced TV to Argentina: an immigrant who did well, whose life was crossed by politics which he benefited from, but was eventually ruined by. I realised that my interest in Yankelivich was in part due to unsatisfied curiosity about my own grandfather, another immigrant who made good, became an industrialist, and whose enterprise eventually floundered.

What interests you about this personal approach?
Often in documentary, the decision is to erase the filmmaker’s participation and just show a “window” on the world. I grew tired of this artifice. I don’t believe, for instance, that there is such a thing as an interview in a documentary. A documentary is a film just like any other film: there are scenes and encounters. And in those encounters the fact that I’m making a film is a crucial element.

In La television y yo, you speculate that “maybe this film was just a pretext for talking” to your father.
My father said things in that film that he had never said to me before. I think that’s something incredible that can happen with a camera, where people come out with something they’ve never said before in “real life”. There’s something about the recording situation that, given the right constellation of stars, brings out what wouldn’t have happened otherwise.

There are great moments in your films when you admit to being totally lost. Why did you choose to include this?
Obviously it’s constructed, but we make an effort to include a lot of mistakes and moments of doubt. I always have a plan, but I really believe that the best part of the plan is what fails. Our plans are so limited and pathetic, anything that reveals this brings us closer to the truth.

Bless you! This is the best thing that can happen: the unexpected. That’s life. And in film that’s what happens: you make a lot of deliberate, conscious decisions looking for an effect, and then you really don’t know what’s going to happen.